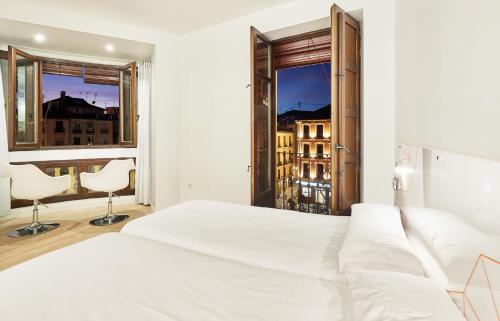 Book this hotel at:
Booking.com
Featuring free WiFi throughout the property, Amc Granada is situated in Granada, 200 metres from Granada Cathedral. This property is set on a renovated building of the beginning of the XX century.
This hotel is 1058 metres from the Alhambra entrance, 47 metres from Plaza Nueva (the absolute centre of Granada), 1612 metres from the train station and 3027 metres from the bus station.