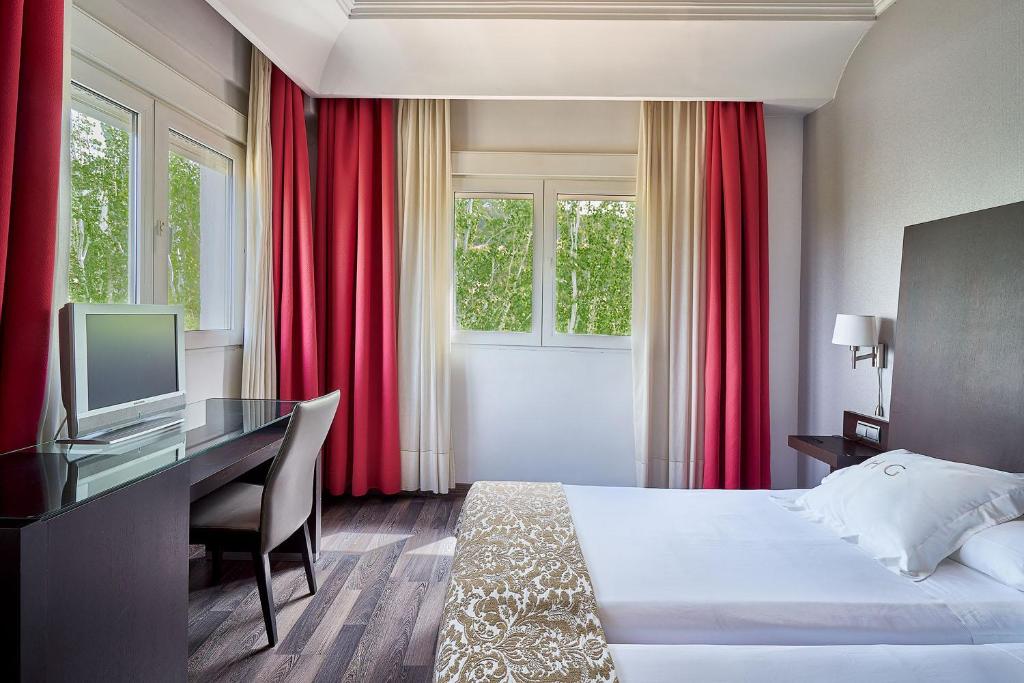 Book this hotel at:
Booking.com
One of the principal attractions of the Hotel Guadalupe Granada is that it is only about 120 metres from the entrance to the Alhambra and also it is very near to the Alhambra car park. It is possible drive directly to the hotel on the ring road and avoid the traffic in the centre of Granada.

The Alhambra area is not right in the city centre of Granada so it is best to use the C3 or C4 minibuses if you want to visit the cathedral, the Albayzin and other area of interest in Granada.

The hotel has it's own restaurant which serves a reasonably priced menu del dia. See more information about the restaurant.

The Hotel Guadalupe Granada has 58 guestrooms which have private baths, hairdryers, minibars, piped in music, air conditioning and heating units, safes, color TVs, and telephones. Nonsmoking rooms are available and there are some connecting suites.